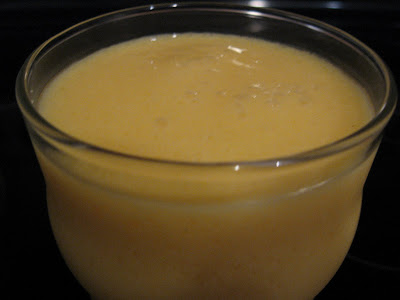 Summer means it's time to get tropical at all costs. Tamalehawk sensed the urgency and threw a mango on the edge into his blender. Mangoes are a real pain to cut up, so he wound up squeezing it lifeless over his blender. Add some ice, milk, honey, ginger, sugar, and pineapple if you got it. Tamalehawk sacrificed a single-serve cup of pineapple tidbits along with its juice. He also dumped a tablespoon of salt in there by accident but excised it from the mix like a master surgeon before any blending occurred. Crisis narrowly averted. He did momentarily consider going all savory with this concoction, but wasn't feeling that daring.

Recommendation: Hamburger Mary's on Clark. If you're ever doing the Andersonville Amble and looking for a great burger in a lightheartedly bawdy atmosphere, then you have found it. Eaten: the Buffy the Hamburger Slayer, which is a burger cooked in red wine with Swiss and garlic aoli. An avid hunter of local burgers, Tamalehawk adds this place to the list, which, incidentally, also include Jury's and the Grafton on Lincoln. He also noted several new spots open in Andersonville which seemed promising, including a Silician bakery that was stark and white and offered six precious varieties of pastry, making it look like a museum for historic Italian treats.