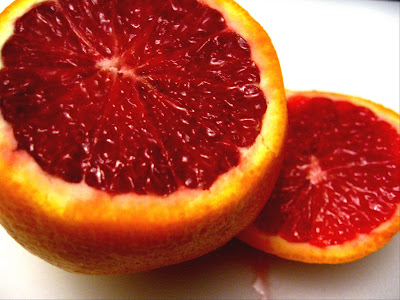 Look, it's no big deal, but have you ever tried a blood orange? Beheld its shimmering sanguine glory? Really marveled at its resplendent hues that are not unlike the most beautiful sunrise the world has ever woken to? You should get on that.

Like a grapefruit without the acidic assault, it really takes the classic orange flavor and lovingly embarrasses it in public with its obvious beauty. It is in the same league as the pomegranate for sheer internal fruit majesty, edging it out because it has blood in the name, which inherent makes things more desirable save for sausages, where it sadly has the opposite effect. Tamalehawk believes that aliens planted this fruit on our planet to show us something; maybe an intergalactic treaty, maybe a crystal filter for a laser that can blast meteors, or as a featured element in a recipe for planet-destroying vinaigrette.