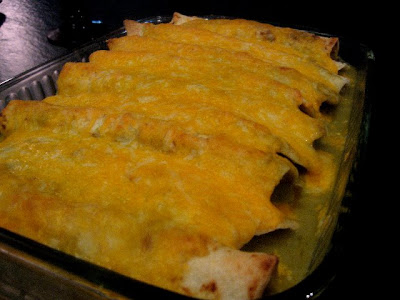 Tamalehawk was thinking about some enchiladies that a gentle heron makes and decided to take a stab at it. Hovering in the grocery aisle, he realized he didn't know what constituted an enchilada, so he grabbed some sauce and hoped for the best. He went with a pork, beef, and bean concoction, with some jalapenos to spice things up. Toast the tortillas, wrap them up, sauce and cheese them, and bake. Close enough? Who knows. The shredded chicken number the heron crafts taste better, but he'll take that as a personal challenge.

Staying in the Mexican vein, Tamalehawk also took some chicken tenders, painted them with some jarred sofrito, and rolled them in pulverized tortillas chips. Throw those in the oven until they are done. It smells like a Mexican street fair. With another bird in the nest, he's trying to hone in on a repertoire of house favorites that are easy to make without compromising the desire to hunt that fills his hollow bones.