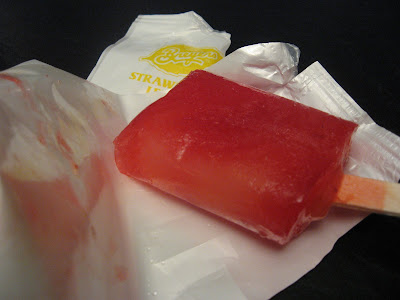 A tragic power loss put all of Tamalehawk's fridgely possessions in jeopardy. The popsicles, being the weakest of constitution and unfortunately braced against the freezer door, where the first casualties. Once lean and swirled, gravity and a devastating partial thaw melted them all halfway, deforming them. Shaming them. Thankfully, though the nuances of blueberry and lemon were no longer distinguishable, their inherent deliciousness remained intact.

The milk and eggs also paid the price. No degree of triage could save them from peril. Tamalehawk would normally have had to restock his staples at White Hen prices. He and the White Hen have their history, no doubt. They were buddies in college, storming the quad, ruffling feathers. He would swoop down and devour breakfast sandwiches, peruse the muffin options, and partake in the expansive coffee island. But sadly, the Hen had no power in its coop, was dark like the corners of Tamalehawk's cereal-less existence. Then everything was back to normal in a day.