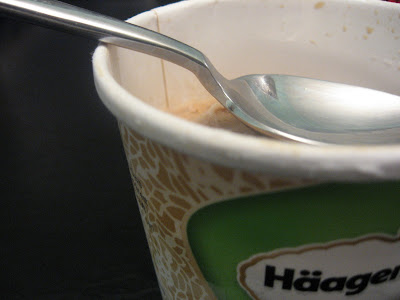 For Tamalehawk, summer brings a fierce predilection for ice cream. He found this in his grocer's freezer, a low-fat frozen yogurt made by Haagen-Daz, that really transcends any of the deterring modifiers in its title and lives up to the standards of its ultimate namesake. It's really hard not to bypass an actual dinner, eat the entire thing in one to two sittings, and give yourself an old-fashioned stomach ache.

As far as local options, Dairy Queen scratches the ice cream itch in a complete and nostalgic way that Tamalehawk appreciates. He agrees with the heap of good press the butterscotch dip cone has reaped. You can do the Blizzard, as it undoubtedly has done its fair share of heap-reaping, but Tamalehawk tends to grow tired of them a few bites in. Plus, a wise man once stated that you'd have to be a complete lunatic to get anything bigger than a small size when dealing in Blizzards. Also, it's OK to be intrigued by the Peanut Buster Parfait, but don't ever get the Brownie Earthquake. The mantle of stale brownie disappoints to the core. Cold Stone Creamery is really not an option unless you're getting the cake-batter ice cream, in which case, proceed. Get it with: almonds and cherries or just straight up fudge. Just don't even glance at their abhorrent suggestions on the wall.