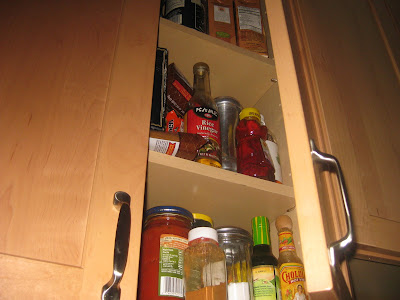 With the lapsed tractate on the verge of collapse, Tamalehawk doesn't even have any kind of actual food time to capture on film. He can only inspect the neglected collection of condiments and sauces with nothing of sustenance to cover. Where he once surveyed an array of entrees, now portrays a display of decay.

Culinary wings clipped, Tamalehawk has been drifting from pizza box to take-out bag, crowned turned down, scratching his ear patch, pondering fonder times when his appetite unfolded before him like a map, with taste sensations waiting to be investigated and judged instantly. His darting eyes scour the skies for a brighter horizon.