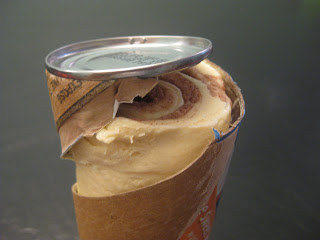 Tamalehawk has been circling the churning skies, denied the time to ply his trade of tirades and abrupt judgments. To kick off his birthday weekend, he turned to Pillsbury cinnamon rolls with the orange frosting, a delicacy that used to elude Tamalehawk now safely back at his local grocer.

The second stunning discovery was that Cooper's, a barbecue artisan and sandwich crafter on Belmont, began in earnest of voyage into the dicey world of delivery. Finally, Cooper's now brought to his nest! The whole operation was tenuous - they didn't ask his address or phone number - but luckily Tamalehawk is an old pro at the whole process.