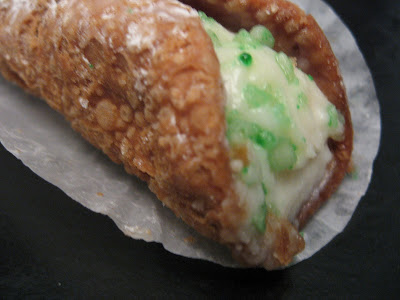 Tamalehawk can confidently say that he would, if practical to request of his loved ones, have his coffin filled with cannoli cream. He would sign any necessary waivers, serve as the liaison between the baker and morgue, even pay extra for handling. It would be unusual, but all attendees would have thoughts of Italian pastries perforating their mournful laments.

Tamalehawk readily admits to a near-crippling affliction for all Italian confections. It haunts him yet makes him whole, holds him back yet helps him soar. No man-made smell comes close to that of a New York bakery; Tamalehawk spend an entire childhood smearing the glass display cases with frantic wingprints, pointing and contemplating, gesturing and pleading. Having that white box tied with red and white string sitting on the kitchen counter was often the only thing that would get a tiny 'Hawk through dinner. Today, he relies on the generosity of a fine Ladyhawk to hit an out of the way Italian deli and bakery and rescue him from his endless quest.